The International New Thought Alliance dedicated to Spiritual Enlightenment and Transformation since 1914, recently asked Terry to submit an article for the Winter 2017 New Thought Magazine.
Here’s a copy of Terry’s article.

New Thought and the promise within their teachings was my only hope of taking control of some of the circumstances in my life. I was attempting to heal a supposedly incurable infection in my spine and my focus was on how to use the principles explored throughout our teachings that address consciousness creating reality. In summary I got well, I beat million to one odds and created perfect health.

But my ability to create the health I wanted did not come from just learning how to take charge of my mind and body. My miracle of healing really came from realizing my spiritual nature. Because, it was the truth of my spiritual nature that allowed me to address my human circumstances with divine authority.

And coming to terms with my divine self was not an easy task because I had my Spiritual Identity tied to my human characteristics.

In the book, "What the Great Religions Believe" by Joseph Gaer he writes: In the thirteenth century A.D., a renowned Hebrew language scholar known as Moses ben Malmon, opens his book, "The guide for the Perplexed", With a chapter to clarify the statement in the Bible that man is made in God’s image.

Moses ban Malmon argues that the word Image, led men to believe that God had the form of a human being, God had a physical body. And further, if they did not believe God as having a body and other aspects similar to their own in appearance and temperament, they would have to deny even the existence of God.

What followed was they made God in mans' image and I mean in the image of a male human being. They also gave God a human personality with likes, dislikes and a list of things one must do to be in good favor with Him. And within these ideas was the threat that if you did not agree with their interpretation you would incur another of Gods' personality traits, His Wrath.

Even in new thought we perpetuate the idea of God having human traits. We have our own list, God is good, God is love, God is peace, or God is health. And of course we have God is not. God is not fear; God is not confusion and so on.

For me the problem of these Godlike human characteristics was that I was afraid, I was angry, I was confused and I was sick. How could I begin to identify with my Divine Nature when I was so far from the perfection of God?

So naturally I got involved with the "enough" concepts. The ideas and studies of the things that might need to be fixed before anyone could claim their wholeness and divine authority. And although I did find valuable information and insights in this search, I also got a longer list of what I needed to do to be holy.

Phineas Quimby who many say was the founder of New Thought in the United States says that people are made up of Truth and Belief. The Truth is you are Spirit, I call that God expressing. Everything else about you is created by your belief, your consciousness.

These are the two foundations of New Thought.

There may be people in your life or old beliefs that lead you to think that you are not the living Christ, the physical incarnation of the Divine or what Jesus was referring to by saying, "You are the Sons and Daughters of the Most High". But you do not have to believe the ideas of separation anymore.

So, how does one begin to accept this Truth that Jesus said would set you free?

In the book "Jonathan Living Seagull", the path is expressed simply as:

"You begin by knowing you have already arrived."

Want to join the discussion?
Feel free to contribute! 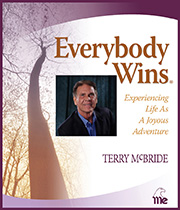 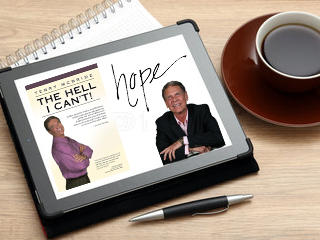 Thanks for joining us! Click here to see what program owners are saying.
Scroll to top